Iranian women are exposed to a variety of discriminations with charges ranging from gender-related and ethnic issues over religious and political beliefs to the defense of their own rights and those of underprivileged groups within the Islamic Republic of Iran.On the occasion of the 100th International Women’s Day we publish a list of imprisoned Iranian women to expose the extent of this discrimination. As to the prisoners of conscience the two most vulnerable groups are the religious minorities of Baha’i and Christians, both persecuted relentlessly as they pose a serious challenge to the autocratic Islamist system. With regards to ethnic discriminations members of the Kurd and Baluchi minorities are most endangered.

On the other handthe Islamist establishment targets journalists, lawyers, human rights activists and students, all representing key groups of a modern civil society, but inconsistent with the misogynous concept of a backward religious guardianship, which defies controversy and insists on the absolute control of all aspects of its citizens lives.

The misogynous concept of the Islamic Republic is also the main cause for flagrant legal violations as exemplified by the case of Sakineh Ashtiani, initially sentenced to death by stoning. The long list of female prisoners on death row attests to the disastrous effects of a purely male dominated judiciary system.

We call upon all international human rights organisations to urge the Islamic Republic of Iran to observe the International Charter of Human Rights. We also demand your support for fair trials, against death penalty and for the unconditional release of all female Iranian political prisoners and prisoners of conscience.Political Prisoners

2. Fatemeh Karroubi, politician and activist, wife of Iranian opposition political leader Mehdi Karroubi, put under house arrest on February 14, 2011, abducted with her husband on or around February 24, 2011

5. Leyla Tavassoli, arrested 28 December 2009 as witness of a woman being ran over by a police car on Ashura, niece of Ebrahim Yazdi, released on 23 February 2010, sentenced to 2 years imprisonment, returned to Evin prison on 5 December 2010

7. Motahareh Bahrami Haghighi, 61, arrested on 27 December 2009 (Ashura), sentenced to death, sentence commuted to 10 years in prison and exile to Rajai Shahr prison in June 2010, transferred from Evin to Rajai Shahr on 10 November 2010

9. Nazila Dashti, political activist, first arrested in April 2007, charged with „supporting the Mujahedin“ in October 2008, sentenced to 3 years in prison on May 24, 2009, transferred to Methadone Ward in Evin on November 7, 2010

10. Zahra Jabari, arrested on September 18, 2009 (Qods Day), has a brother and sister who reside at the Ashraf base in Iraq, sentenced to 4 years in prison on May 19, 2010 for “acting against the national security of the country”, critical health condition, requested medical leave of absence from prison denied on June 7, 2010,  transferred to the Methadone ward at Evin along with all other female political prisoners on November 7, 2010 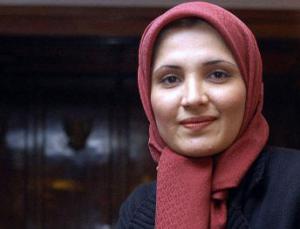 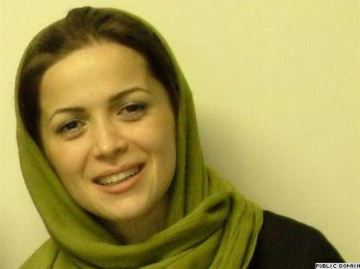 8. Haniyeh Farshi-Shotorban, not politically active, apparently arrested for Facebook membership and activities in July 2010 in Tabriz, transferred to Evin prison, Ward 209, in Tehran, transferred to Methadone ward of Evin prison on 1 March 2011

9. Zeynab Bayazidi, Kurdish activist and member of the One Million Signatures Campaign, arrested on July 9, 2008, sentenced to 4 years in prison and exile to Central Prison in the city of Zanjan on bogus charges, appeal court upheld sentence, transferred to Zanjan prison on November 15, 2008, went on hunger strike for a few days in July 2010

1. Marjan Alizadeh, student, arrested after a staged hunger strike in Yasuj University of Medical Sciences on 5 December 2010, accused of burning the Quran, whereabouts still unknown, no data since arrest, 6 January 2011

3. Fariba Kamalabadi, Baha’i, developmental psychologist, arrested in Tehran on 14 May 2008, sentenced to 20 years in prison on 14 June 2010, sentence reduced to 10 years on appeal, concern for state of health, moved to common ward 200 among criminals on 13 February 2011

4. Mahvash Sabet, Baha’i, director of the Baha’i Institute for Higher Education, which provides alternative higher education for Baha’i, arrested in Mashhad on 5 March 2008, sentenced to 20 years on 14 June 2010, sentence reduced to 10 years on appeal, concern for state of health, moved to general ward with dangerous criminals 12 February 2011

18. Sahba Khademi, Baha’i, first arrested on April 4, 2009, transferred to Hamedan prison and released on bail a few days later, sentenced to 1 year in prison for “promoting the Baha’i faith” in January 2010, rearrested on May 23, 2010 and serving her sentence in Hamedan prison since May 24, 2010

19. Sahba Rezvani, Baha’i, arrested on December 15, 2009, first incarcerated at Semnan prison but later transferred to Evin, sentenced to 3 years and 8 months in prison on February 14, 2010 for „propaganda against the regime, forming an illegal group and membership in an illegal group “, transferred to the infirmary at Evin prisondue to deteriorating physical condition in early June 2010

20. Sima Eshraghi, Baha’i resident of Mashhad, arrested in 2008, spent three months in solitary confinement, temporarily released, sentenced to 5 years in prison on October 30, 2009 for “propaganda against the regime, acting against the national security of the country and blasphemy”, began serving her sentence one year prior to October 24, 2010 in Vakil Abad prison in Mashhad

21. Sima Rajabian, Baha’i, arrested on July 15, 2010 and sentenced to 2 years in prison on July 23, 2010, reports of increased pressure and further restrictions at Mashhad prison on September 29, 2010, further reports of pressure and illegal punishments against her on October 27, 2010

22. Soroor Soroorian, Baha’i residing in Hamedan, arrested at her residence on April 11, 2009 and taken to Hamedan prison for interrogations, released on bail a few days later. sentenced to 1 year in prison for “promoting the Baha’i faith” in January 2010, rearrested on May 23, 2010 to serve her sentence in Hamedan prison, transferred from Hamedan prison to Nahavand prison on August 31, 2010

23. Sousan Tabyanian, Baha’i resident of Semnan, arrested at her home on April 27, 2009, released on bail on May 1, 2009, sentenced to 1.5 years for “propaganda against the regime and membership in Baha’i groups”, rearrested on June 7, 2010 in order to begin serving her sentence,  transferred to the Methadone ward at Evin onNovember 7, 2010

24. Toreh Taghizadeh, Baha’i, arrested 15 February 2009 during a raid on her home in Sari, temporarily released on bail on 28 February 2009, sentenced to 22 months imprisonment, started serving sentence on 8 January 2011

3. Simin Chaichi, Kurdish poet, arrested in Sanandaj during raids following protest at planned execution of Habibollah Latifi on 26 December 2010, assumed to be in Sanandaj prison or local detention center

1. Sakineh Ashtiani, imprisoned and under a death sentence in Tabriz since 2006, accused of inciting her cousin’s husband to murdering him, stoning sentence suspended on September 8, 2010, commuted to 10 years’ imprisonment, remains in danger of capital punishment by hanging

3. Zeynab Jalalian, arrested in Kermanshah July 2007, tranfered to Sanandaj prison, charged with alleged membership in the outlawed Free Life Party of Kurdistan, or PJAK which she denies, sentenced to death without presence of a lawyer, maintained by appeals, suffering from eyes illness because of torture. Medical treatment denied since she is on death row, sentence maintained by Supreme Court 27 November 2009, transfered to Evin on 18 March 2010, back to Kermanshah prison (date unknown), verbally informed of reduction in her sentence from execution to imprisonment, situation unclear at this time

According to reports, there are a large number of female prisoners in the Female Cellblock in Evin Prison who are awaiting their execution. Most of these death row prisoners are from poor backgrounds; prisoners who were subjected to domestic or social violence without any kind of defense which led them to take revenge in a country ruled by misogynous laws. Women who did whatever they could because of poverty and hunger to keep from going hungry.

A number of death row female prisoners who can be executed at any moment are:

1. Soraya Zakaria Nejad, homemaker, has been in prison for 4 years, charged with possessing narcotics, is in cellblock 3 in Evin Prison

2. Ashraf Amrayi, 38, homemaker, has been in prison for two years, possessing narcotics, husband executed before, cellblock 3

3. Soheila Pour-Hosseini, 19, homemaker, has been jailed for one year, murder, cellblock 3

4. Ashraf Kalhour, 45, homemaker, sentenced to death by stoning on charges of murder and adultery and has been detained for 9 years, cellblock 2

9. Sahar Pari Khani, 23, homemaker, murder, has been in prison for 3 years, cellblock 2

11. Akram Ali Mohammadi, 29, murder, has been in prison for five years, cellblock 2

12. Fereshteh Bigvand 45, homemaker, narcotics, has been in prison for five years, cellblock 1

14. Noqreh Khazayi, 47, homemaker, murder and narcotics, has been in prison for 4 years, cellblock 2 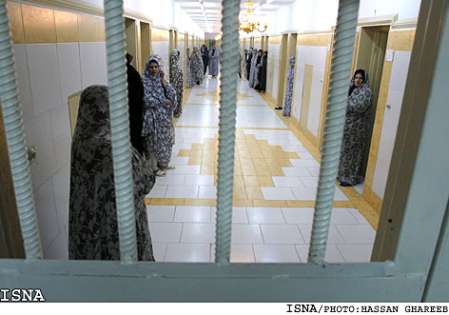 17. Mahboubeh Sheikh Lar, 18, murder, has been in prison for one year, Judge Aziz Mohammadi

22. Razieh Julideh, 35 and Marzieh Tavakoli, 20 are mother and daughter, murder

To the memory of Shirin Alam Houli, Shahla Jahed and Zahra Bahrami, executed in 2010 and 2011

Disclaimer: This list is by no means exhaustive. Some of the above-mentioned women may also have been released in the meantime.