Please take action for Saeed Malekpour after reading and watching! (Report ends at 9:08)
The article is below. The video report can be seen here.

They are arrested, tortured and sentenced to death. Every twelve hours, someone is executed in Iran. They die by hanging, firing squad and even stoning. It is the country with the highest execution rate in the world and two men from Canada are on Iran’s death list.

END_OF_DOCUMENT_TOKEN_TO_BE_REPLACED 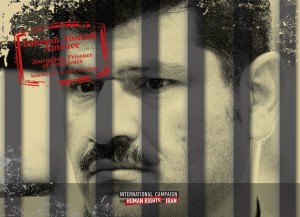 A group of friends and colleagues of prominent Iranian journalist Bahman Ahmadi Amouee, a prisoner of conscience who has spent almost two years in Evin Prison, have undertaken a campaign to support him through raising public awareness about the conditions of Amouee and other political prisoners, and demand their release. The campaign began by inviting groups and individuals to publish articles about Amouee on his birthday on 22 May.

For the past ten months, Amouee has not been given in-person visitation rights with his wife, Jila Baniyaghoub, a distinguished journalist in her own right. He has also been denied the right to call his 83-year-old mother, who is unable to travel to Tehran from her small town to see him.

END_OF_DOCUMENT_TOKEN_TO_BE_REPLACED

Mr. Shirkoo Moarefi, an Iranian-Kurd in his early 30’s, faces an alarming possibility of execution by the Islamic Republic of Iran (IRI). His charges are “acting against national security” and “enmity with God.”  Mr. Moarefi is one of over twenty Kurdish prisoners sentenced to death in Iran. He was previously a refugee living in Iraq, but was arrested in October 2008 after returning to Iran.

END_OF_DOCUMENT_TOKEN_TO_BE_REPLACED

URGENT Update on the case of Mohammad Sirvan Foroutan, an activist against the Islamic Republic regime and member of Komala’s Peshmarga, who remains at imminent risk of illegal deportation to Iran by the government of Sweden:

Yesterday a protest was held in Sweden to demand a halt to Sirvan’s deportation. By the end of the demonstration, it seemed that the Migration Office had agreed to review Sirvan’s case; however, it seems that the decision to review his case has not been communicated to the police! Today there were two smaller demonstrations outside „Migrationsverket“ in Stockholm and Göteborg at 8am.

END_OF_DOCUMENT_TOKEN_TO_BE_REPLACED 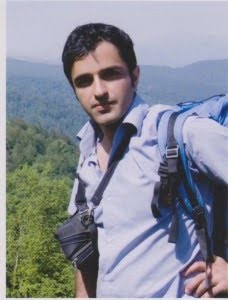 Zia Nabavi is a student expelled from school and deprived from education by Islamic Republic regime . He is a “ Setareh dar “ student ( student with star ). Regime’s policy towards student activists is to mark them as student with star -One star – two star or…… Zia Nabavi was arrested after the presidential election coup two years ago , in protest against the election rigging. He has been in prison for almost two years now and he spent half of his prison term in „Karoon “ prison in the city of Ahwaz as a harsher punishment ( an internal exile by regime) . In a letter to „Mohammad Javad Ardeshir Larijani“ the head of regime human rights commission , he wrote: If i explain it in short ,the situation of this prison is “ at the border between human lives and animal lives“ . Instead of talking about himself , Zia spoke about the inhuman condition of this prison. He explains about the situation of this prison through the eyes of an Engineering student:
END_OF_DOCUMENT_TOKEN_TO_BE_REPLACED

Illegal Detentions of Iranian Refugees in Cyprus: Break the Silence!