Presidential Candidate Brags About His Direct Role in Violence and Repression 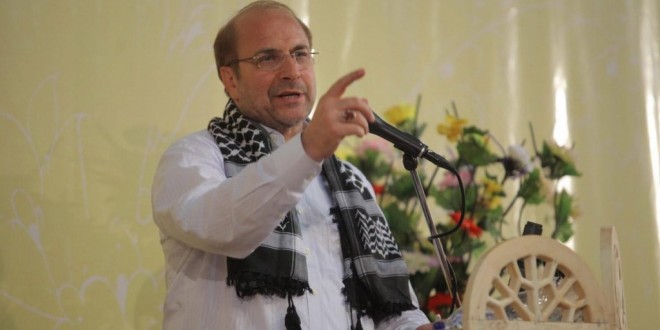 Qalibaf, Mayor of Tehran, Should be Added to Human Rights Violators List

(May 16, 2013) The international community should immediately institute a travel ban and asset freeze against Mohammad Baqer Qalibaf, the current mayor of Tehran and a contender in the upcoming presidential election, due to his extensive role in gross human rights violations, the Campaign for Human Rights in Iran said today.

The Campaign has obtained a secretly recorded two-hour audio file of Qalibaf in which he details his prominent and direct role in repressing and carrying out violence against student protesters in July 1999, July 2003, and in the 2009 post-election protests.

“Qalibaf has exposed himself as a violent and cruel individual, taking pride in being a leading force for repression throughout the years in his various official capacities. Under his administration, given his own admissions in this tape, he will certainly continue, if not worsen, Iran’s already dismal human rights record,” said Hadi Ghaemi, the Campaign’s executive director.

In this audio recording, Qalibaf adamantly details how he has personally engaged in violent repressive policies and their implementation:

• Regarding the violent repression of student protest in July 1999, Qalibaf says: “I was the commander of the Revolutionary Guards Air Force at the time. Photographs of me are available showing me on back of a motor bike, with Hossein Khaleqi, beating them [the protestors] with wooden sticks….I was among those carrying out beatings on the street level and I am proud of that. I didn’t care I was a high ranking commander.”

• Regarding the repression of the student movement three years later in July 2003, Qalibaf who was head of the Police at the time says on the tape: “I went to the National Security Council meeting and raised hell, spoke very harshly. Didn’t observe proper protocol and I told them as head of the Police, I will demolish anyone who would show up tonight on the campus to protest. Mr. Moin and Zarifian [two other members of the Council] were opposed to giving us permission [to enter the campus], but with my behavior I intimidated them to get the permission to enter and also to shoot [at protestors].

• Regarding the 2009 protests, Qalibaf who was mayor of Tehran at the time, brags that his role in managing the repression was highly regarded by officials who later evaluated the response of various institutions: “Although the Mayoralty is not a security agency, we were ranked third in how well we responded…and this is amongst intelligence-security organs, not all state organs.”

Qalibaf made these remarks during a private meeting with hardline Basiji students which apparently took place during the past few weeks as the election season has taken off. It is clear during the two-hour meeting that Qalibaf’s purpose is to impress his audience with his hardline credentials and his proudly admitted history of over thirty years of relying on violence in various capacities to crack down on protests and confront dissidents and reformers.

The Campaign calls on the EU and the US to immediately include Qalibaf on their list of human rights violators and to institute a travel ban and asset freeze against him.