Coverage of Unlock Iran on HuffPostLive, NPR and more…

Now in its second month of launch, UNLOCK IRAN, an initiative started by the Iran Human Rights Documentation Center (IHRDC) to raise awareness about Iranian “prisoners of rights”—or those jailed for their lifestyle, beliefs or profession—continues to gain followers and widespread media coverage.

The Unlock Iran website provides a unique platform that gives users a digital view of what their lives would be like if jailed in Iran. The initiative at large calls on the international community to elevate the discussion of human rights issues in Iran at a time of critical reengagement with the Iranian government.

In addition to features on Unlock Iran by Forbes, Upworthy, The Daily Beast, Fast Company’s Co.Exist, NPR and theBBC World Service, the campaign was recently profiled at length on HuffPostLive on a segment featuring Iranian student leader and former political prisoner Mehdi Arabshahi and IHRDC Executive Director Gissou Nia.  Mehdi Arabshahi is also the author of a Change.org petition featured on the Unlock Iran site calling on Iranian leaders to release prisoners of rights.  To watch, click the link below. 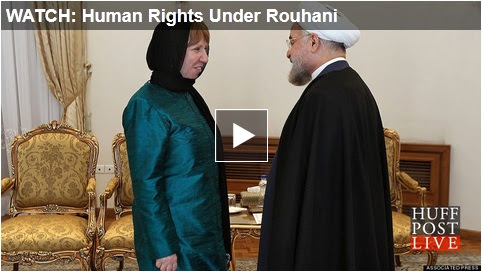 This media coverage follows significant activity in February, when Unlock Iran and the Inside Out Project—started by famed TED prize winner and street artist JR—carried out an art activation featuring the portraits of 13 prisoners of rights (two of whom were executed at the end of January) at the UN headquarters in New York City.