Three Concerts Cancelled by Police and Judiciary despite Protests by Rouhani 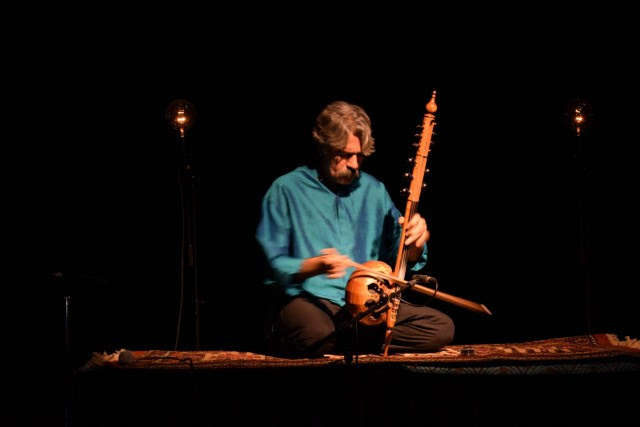 In his latest reaction to consecutive cancellations by the Iranian Police and the Judiciary of music concerts, President Hassan Rouhani condemned the cancellations and said such actions violate the people’s rights.

At a press conference marking the second anniversary of Rouhani’s election to office, a reporter asked him about the widespread cancellation of concerts over the past year, and particularly those during the prior week.

“In the cultural domain, we believe cultural affairs should be relinquished to the people of culture, and the atmosphere must be facilitated so that consumers and producers of cultural works can meet. When a government organization has been delineated as the body to issue licenses, it is not appropriate for others to intervene…When, within the legal framework, a concert is issued a license and people buy tickets, such interventions not only violate the rights of the producers, but also violate the rights of the public,” Rouhani said.

“From our point of view, when a legal license is issued, revoking that license by an organization that does not have legal power to revoke it is a completely inappropriate act, and in cases where the Judiciary enters, there must be legal justification for such entry by the Judiciary,” the President emphasized.

All of the cancelled concerts had received licenses from Iran’s Ministry of Culture and Islamic Guidance. Parvaz Homay had not had a concert in Iran in eight years, therefore tickets for his concert sold quickly and the concert was extended for several more nights. The producer for this concert sent text messages to ticket holders, informing them of the cancellation and telling them that their tickets would be refunded.

ISNA (the Iranian Students News Agency) announced on June 9, that Iranian composer Kayhan Kalhor’s Tehran concert with the American string quartet, Brooklyn Rider, scheduled for that day was cancelled after the Public Buildings Office of the Iranian Police refused to issue a permit for it. The Public Buildings Office is responsible for maintaining order and security for musical concerts. In this case, however, they stated the reason for the cancellation was “security considerations.”

In an interview with a music website, Kayhan Kalhor said that he would not hold any more concerts in Iran, in protest of the cancellation. “These concerts will not be rescheduled. So long as Iran’s culture and arts are hostages in the ransom-taking and power struggles of political factions and no clear guidelines are defined and enforced for such activities, I will refrain from doing anything in Iran,” he told the Moosighiye Ma website.

ISNA reported that Brooklyn Rider had been granted visas and their entire trip to Iran had been organized. The cancellation has caused a huge financial burden for the producers.

Pirouz Arjmand, Head of the Music Office of the Ministry of Culture and Islamic Guidance, said after the Kalhor concert cancellation that, “Refusing licenses to foreign bands [that wish to perform in Iran] is contradictory to the state’s plans for cultural engagement with the world. The Police have to be accountable for this decision. We had received the proper approvals from the Ministry of Foreign Affairs.” Mr. Arjmand also told Tasnim News Agency that this was not the first time concerts by foreign bands had faced problems in Iran, and that a proposed concert by the France-based Gypsy Kings group still awaits permission from the Public Building Office of the Iranian Police.

Reacting to the cancellation of Mr. Kalhor’s concert, Hossein Noushabadi, Spokesperson for the Culture Ministry, said onJune 10 that “The Police does not have the right to revoke any concert licenses.” The Ministry of Culture provides opinions about the contents of concerts. Other organizations evaluate the general conditions of the artist. But the Police Force’s role is security-related and it states opinions about the security of the venue for the concerts…We don’t know whether the Police has a problem with Mr. Kalhor personally, or with his concert venue! If their problem is Mr. Kalhor and his qualifications, this is not the Police’s responsibility. But if it has to do with the concert venue, they have to provide evidence to convince the Ministry of Culture that the venue is not suitable.”

Within an hour after these statements, however, the concerts for Homay and for the Payvar groups were cancelled without explanation. Mehr News Agency announced on June 10, that a concert by the Payvar ensemble with vocalist Vahid Taj had been cancelled again. This concert had previously been cancelled on April 30 and May 1, 2015, and rescheduled to June 11.

Cancellations of concerts featuring female vocalists and musicians have been particularly frequent  since Hassan Rouhani’s 2013 election.

Iran’s beloved Master of traditional Persian music, Mohammad Reza Shajarian, said at an international gathering in Tehran on May 5, 2015 that he was banned from performing in Iran. “I live in a country where I have not been allowed to sing for my own people for the past several years,” he said.