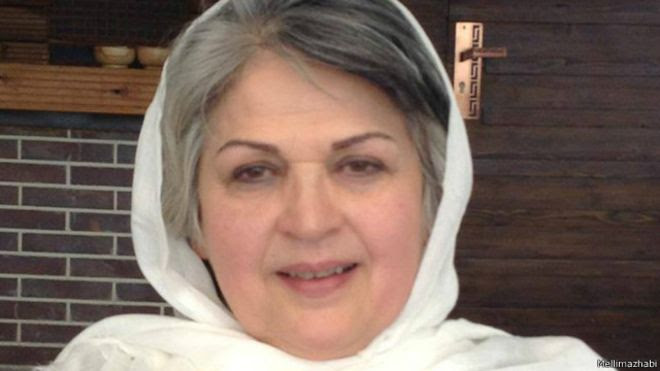 Civil and political activist Minoo Mortazi Langroudi has launched an appeal against the six-year prison sentence she received for her peaceful activism. Ms. Langroudi was convicted on charges of disturbing national security and propaganda against the state, based on her activities with a peaceful group that is critical of government policies.

“Ms. Langroudi’s activities have been within the law,” a source close to the family told the International Campaign for Human Rights in Iran. “All her life she has shown that she is not an extremist or a law breaker and now she expects the sentence against her will be quashed.”

Minoo Mortazi Langroudi is a member of the Council of Nationalist-Religious Activists, a political organization that advocates for political reform and greater democratization in Iran and which is banned by the Islamic Republic. She is also one of the founders of Mothers for Peace, a grassroots group formed to campaign against military action against Iran, and a board member of the Center to Defend Prisoners’ Rights, an informal civil society organization focused on obtaining due process and better conditions for political prisoners as well as their release, which is also banned in Iran.

Langroudi, who has been harassed and detained numerous times since the peaceful protests that followed the widely disputed 2009 presidential election in Iran, was put on trial in early May of this year at Branch 15 of the Revolutionary Court presided by Judge Salavati. In addition to her six-year prison sentence, she was banned from political and civic activities for two years. Judge Salavati, notorious for his harsh sentences, is frequently handpicked by Intelligence and security agencies to preside over the cases of political dissidents.

A source close to Langroudi said she hopes the harsh sentence will be reduced or completely rejected by the appellate court.

“In recent years Ms. Langroudi has beensummoned to the Intelligence Ministry many times to answer questions,” the source told the Campaign, adding that the authorities used those conversations regarding her peaceful activities to build the case against her. “She does not accept any of the charges against her.”

Veröffentlicht in Hamburg, Iraner in Deutschland