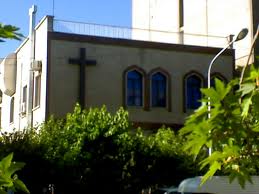 – Iranian authorities should allow the Assembly of God church in western Tehran to reopen immediately, and should stop persecuting Persian-language churches, the International Campaign for Human Rights in Iran said today.

“The ability to join a church or mosque or temple is one of the most fundamental religious freedoms,” said Hadi Ghaemi, spokesperson for the Campaign. “This drive to close churches is an assault on free religious practice, in violation of Iran’s international commitments, and a sign of growing religious intolerance within the Iranian government.”

Iran’s Revolutionary Guard Intelligence Organization has recently and abruptly taken over the oversight of Christian churches in Iran, which were previously overseen by agents of the Ministry of Intelligence and the Ministry of Culture and Islamic Guidance, according to information received by the Campaign.

At the end of May 2012, Iranian authorities forced the Assembly of God church in the western Tehran neighborhood of Jannat Abad to close its doors and discontinue services, a local source with knowledge of the Iranian Protestant community told the Campaign.

According to the local source, the authorities told the church leaders, “You must close the church, and if you don’t do this and we have to formally close the church then there is no hope of you even keeping the building afterwards, to sell.”

The local source told the Campaign, “Because if [the authorities] shut down the church themselves then the government will confiscate the building.”

The Jannat Abad church held its last services on 28 May 2012, after having operated in the same building for over 15 years; the church gained ownership of the building five years ago. The church, which provided two services per week for 80 to 100 attendees, as well as prayer sessions and bible studies, is part of an international Protestant evangelical network called Assemblies of God. The Jannat Abad church operated with the full knowledge of Iranian authorities as a branch of the officially recognized Central Assembly of God Church in Tehran but was an independent ministry, sources told the Campaign. END_OF_DOCUMENT_TOKEN_TO_BE_REPLACED

(25 May 2012) The Iranian Judiciary should immediately provide medical care for political prisoner Hossein Ronaghi Maleki and avoid another human tragedy, the International Campaign for Human Rights in Iran said today. It should also end its systematic policy of denying medical care to prisoners of conscience, thereby causing them permanent physical harm and disability, the Campaign added.

On 19 May 2012, Ronaghi began a hunger strike to protest the denial of his medical furlough. Ronaghi suffers from kidney failure and has been routinely denied medical furlough since his incarceration.

“This is the fifth time he is undergoing surgery and all physicians, including the Medical Examiner, have ordered special medical care for him post-operation,” Ronaghi’s father, Ahmad Ronaghi Maleki, told the Campaign. “But they want Hossein to return to prison after his surgery, a prison that has no medical facilities, suitable nutrition, nor kidney specialists.” END_OF_DOCUMENT_TOKEN_TO_BE_REPLACED

Hadi Ghaemi (Photo: Today’s Zaman, Mühenna Kahveci)
Hadi Ghaemi, director of the International Campaign for Human Rights in Iran, founded in 2008 and based in New York, says in Monday Talk that human rights conditions are in the worst condition in Iran since the 1980s, especially since the June 2009 election and the subsequent Green Movement protests.

We’re facing a very repressive environment. All of the social movements are under tremendous persecution – including the student movement, the women’s rights movement and the labor movement – in addition to persecution of political dissidents,” he said.

He also added that ethnic and religious minorities are persecuted too, even the Shiite clergy.

“So anyone who dares to challenge the official narrative of the state is either in prison, forced into exile or subject to continuous intimidation. Trends have been really troubling,” he said.

Answering questions during his visit to Turkey last week, Ghaemi elaborated on the issue.

You had a career in physics and now you are doing human rights work full time. How did you make this transition? Why was it so important for you? END_OF_DOCUMENT_TOKEN_TO_BE_REPLACED

The Latest from Iran (15 May): Shutting Down the Journalists

0450 GMT: We begin today with a summary from the International Campaign for Human Rights in Iran onthe regime’s attempt to control international media’s coverage:

A source in the Iranian government, who spoke on condition of anonymity, told the Campaign that Iran’s drive to restrict the ability of foreign media to operate freely in Iran is due to the fears of some officials that international press coverage can undermine their political interests.

“The Intelligence Ministry, the Revolutionary Guards, and the National Security Council are pressuring the Deputy Minister of Culture who oversees the foreign press to give [these security agencies] more control over the way foreign media reports Iran’s politics and economy, as we approach the 2013 presidential election,” the government source said.

The government source also said that the Revolutionary Guards’ Intelligence Unit is more active than other intelligence agencies in curbing press freedom in Iran. “The Guards believe that the Iranian government showed negligence and ineptitude in allowing foreign journalists to cover the 2009 presidential election and post-election unrest. So, they are trying to exert more control over the presence of foreign journalists in Iran,” the government source said.

Since the June 2009 election, authorities have threatened and interrogated several journalists, contributors, and their family members, as well as Iranians appearing in foreign media, including BBC Persian, Reuters, Newsweek magazine, and The New Yorker magazine.

Many of the cases will be familiar to regular EA readers, but ICHRI adds this nugget of information about the „female ninjas“ episode, which led to authorities shutting down the Reuters bureau in Tehran, withdrawing the press cards of the staff, and threatening to put some of them on trial.

The Campaign has recently learned that a few days after the ninja video’s release, the Ministry of Islamic Guidance and Culture (Ministry of Culture) summoned the journalist who was responsible for the report. According to an eyewitness, when the reporter was at the Ministry of Culture’s offices in Tehran, the staff left the offices at one point, and then officers from the Revolutionary Guards’ Intelligence Unit arrived and interrogated the reporter for several hours. The eyewitness said that the reporter was extremely frightened and was shaking after the interrogation session by the Revolutionary Guards.

The aforementioned government source alleged that representatives of the Revolutionary Guards’ Intelligence Unit told the Ministry of Culture that “no word was to be said about the interrogation session.”

Kommentare deaktiviert für The Latest from Iran (15 May): Shutting Down the Journalists

Bardehnaz Piranshahr border. Photo by Shirkoo Jahani for the International Campaign for Human Rights in Iran

(27 April 2012) The Iranian government should immediately investigate the numerous cases of border security forces killing couriers in the northwestern provinces of West Azerbaijan, Kurdistan, and Kermanshah, and hold accountable those responsible for such calloususe of unlawful force, the International Campaign for Human Rights in Iran said today. The government should also review its border security measures and the growing pattern of excessive use of lethal force, and should adopt clear polices to stop unlawful and unnecessary killing, the Campaign added.

“The ongoing cold-blooded killing of cross-border couriers (often called kulbar) by security officials is unacceptable, and the Iranian government must put an end to it,” Campaign spokesperson Hadi Ghaemi said. “The use of lethal force against these people, who are unarmed and are simply avoiding authorities, is unjustifiable, violates international law, and must be investigated.” END_OF_DOCUMENT_TOKEN_TO_BE_REPLACED

Will you be in the New York area this Sunday, April 22?

If so, join the International Campaign for Human Rights in Iran at Columbia University to watch a new documentary film about Iranian refugees in Turkey!

WHAT: „KEYS TO MY HOME,“ a documentary about Iranian refugees in Turkey by Luna Shad, followed by a Q&A with the director and the International Campaign for Human Rights in Iran.

“Keys to My Home” is director Luna Shad’s documentary about the lives of Iranian refugees in Turkey on their way to relocation. Since June 2009, at least 150 Iranian journalists have fled Iran. Half of them are under the age of 35. Most of them crossed over the Turkish or Iraqi borders, facing difficult paths to relocation. Dozens have permanently resettled in Western countries, most having been granted political asylum.

The film follows journalist Delbar Tavakoli through her relocation experience to France. Delbar’s fears, worries, and hopes shape the landscape of the film.

This event is FREE and open to the public! 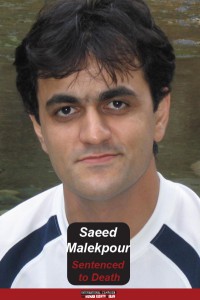 (1 February 2012) Iran should immediately suspend the death sentence for web programmer and Canadian resident Saeed Malekpour and investigate allegations of his torture, the International Campaign for Human Rights in Iran said today.

On 30 January 2012 Iran’s Supreme Court upheld the death sentence of 36-year-old Malekpour for “insulting Islamic sanctities” allegedly because he managed a network of pornographic websites. Malekpour’s family has maintained that he simply developed image-sharing software that was used, without his knowledge, to post pornographic photos. END_OF_DOCUMENT_TOKEN_TO_BE_REPLACED

A source close to the family of Abolfazl Tabarzadi, 24, told the International Campaign for Human Rights in Iran that the imprisoned student was transferred from Karoon Prison to the psychiatric ward of a hospital in Ahvaz. According to the source, Tabarzadi suffers from severe paranoia and depression and prison authorities were forced to transfer him to a hospital because they were no longer able to control him inside the prison. END_OF_DOCUMENT_TOKEN_TO_BE_REPLACED

Call to Action to Stop Widespread Censorship and “Halal Internet”

Call to Action to Stop Widespread Censorship and “Halal Internet” 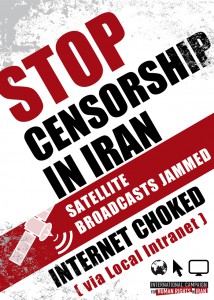 Since January 2010, the International Campaign for Human Rights in Iran has published dozens of reports of unannounced secret group executions at Vakilabad Prison in the northeast city of Mashhad. These executions were largely in violation of international human rights law and domestic procedures. Judicial authorities have continuously evaded questions about these executions and the names of those executed have never been officially announced.